In 2015, the Geneva Academy established a platform to address the thread, use and consequences of the worldwide employment of improvised explosive devices (IEDs), and to advance the international agenda for countering them.

Partners included the United Nations Institute for Disarmament Research (UNIDIR) and Action on Armed Violence (AOAV). An expert form Chatham House has also been participating, since the inception of the platform, in conceptualizing its substance.

This platform was designed to bring together, via annual meetings, policymakers and practitioners from governments, international organizations, NGOs, the military, law enforcement and academia.

The objective was to lead informal discussions for future international action to address IEDs and their impact, building on the ‘Food for Thought’ paper circulated by the Co-Coordinators on IEDs of the Informal Group of Experts under Amended Protocol II of the Convention on Conventional Weapons (CCW), as well as other existing resources.The platform also aimed at acting as a bridge builder between Geneva and New-York (Convention on Certain Conventional Weapons and UN General Assembly) and between all UN agencies active in countering IEDs.

2015 Meeting: First Ever UNGA Resolution on the Issue

In 2015, the platform focused on the absence of coordinated discussion or action on IEDs by the international community beyond the discussions within the CCW framework. The annual meeting resulted in a summary report, which ultimately contributed to shaping the substance of the first ever UNGA resolution on IEDs (A/RES/70/46).

2016 and 2017 Meetings: Advancing the Multilateral Agenda on IEDs

After the success of the first UNGA resolution, the platform decided to concentrate on addressing the coordination of action among various stakeholders based in New York and Geneva, as well as actors external to the UN system such as INTERPOL and the World Customs Organization.

The 2016 and 2017 annual meetings thus focused on outlining tangible next steps for states and others towards implementing concrete multilateral actions, and enabled experts to discuss what is and is not both feasible and desirable.

Outputs include the direct drafting of suggestions for the UNGA resolutions on IEDs as well as some messages for the CCW Review Conference.

2018 Meeting: Defining the Scope of the UNGA Resolution on IEDs

The 2018 platform meeting discussed the scope of the 2018 UN General Assembly (UNGA) resolution on IEDs.

Geneva-based actors in the field of disarmament will came together to discuss the operational part of the 2018 UNGA resolution, combining expertise from Geneva and New York. 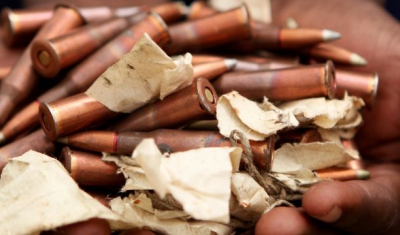 Our Executive Manager, Kamelia Kemileva, will participate on Wednesday, 10 May 2017 at lunchtime in a debate at the United Nations Office at Geneva on disarmament and today’s threats. 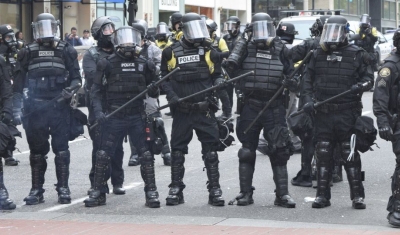 Boston police during a deonstration

Research with an Impact: The Relevance of the UN Human Rights Guidance on Less-Lethal Weapons

This document – the outcome of research and broad consultations carried out under the auspices of the Geneva Academy and the University of Pretoria – provides direction on what constitutes lawful and responsible deployment and use of less-lethal weapons.