Beginning with the post-World War II Nuremberg and Tokyo trials and gaining momentum since the 1990s, a global anti-impunity discourse has increasingly shaped international law and practice. This marks a shift away from the traditional practice of amnesty towards holding individuals accountable for international crimes.

The United Nations Set of Principles for the Protection and Promotion of Human Rights Through Action to Combat Impunity (UN Principles) can be seen as a reflection of this global anti-impunity movement. Originally drafted by Louis Joinet and updated by Diane Orentlicher in 2005, the UN Principles are today widely accepted as constituting an authoritative reference point for efforts in the fight against impunity for gross human rights and serious international humanitarian law violations.

As a comprehensive attempt to ‘codify’ universal accountability norms, the UN Principles marked a significant step forward in the debate on the obligation of states to combat impunity in its various forms. Despite this significance, no comprehensive academic commentary of the 38 principles has yet been provided so far. This project seeks to fill this gap. It aims to provide a companion to the document, setting out the text of the UN Principles and their detailed commentaries, with a full introduction and guide to the relevant literature and case law.

The volume, published by Oxford University Press, was prepared under the editorship of Frank Haldemann and Thomas Unger, in collaboration with Valentina Cadelo. 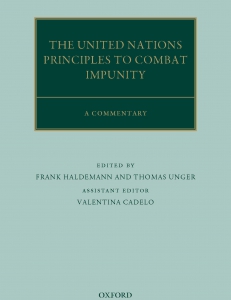 This new book, edited by the two Co-Directors of our Master of Advanced Studies in Transitional Justice, Human Rights and the Rule of Law, Frank Haldemann and Thomas Unger, provides an unmatched analysis of the United Nations Principles to Combat Impunity. 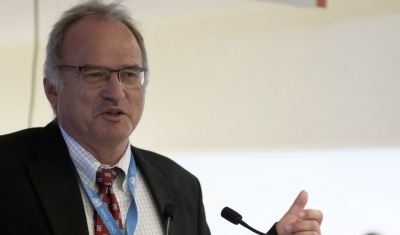 The Geneva Academy Mourns the Loss of Professor Christof Heyns

The Geneva Academy is deeply saddened by the sudden passing of Professor Christof Heyns. He was an incredible force of inspiration for all of us at the Geneva Academy – students, researchers and professors. 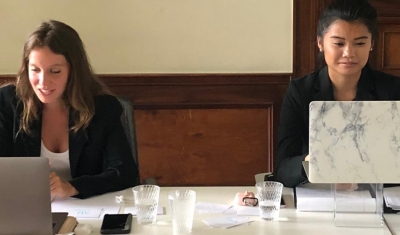 After passing the first round and qualifying for the competition’s final stage, Anh-Thu Vo and Bettina Roska – enrolled in our Master of Advanced Studies in Transitional Justice, Human Rights and the Rule of Law – participated in the oral rounds of the Nelson Mandela Moot Court. 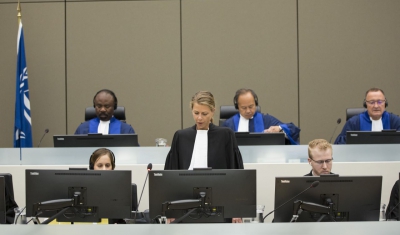 This short course, which can be followed in Geneva or online, reviews the origins of international criminal law, its relationship with the international legal order including the UN Security Council and its coexistence with national justice institutions. The scope of international crimes – genocide, crimes against humanity, war crimes and the crime of aggression – is considered alongside initiatives to expand or add to these categories.