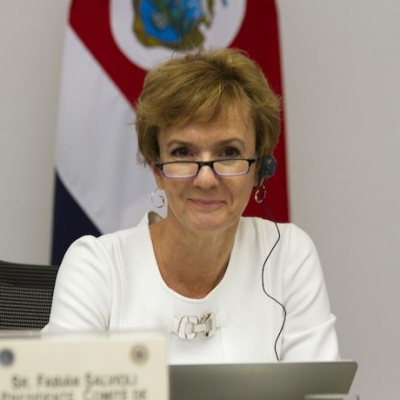 Sarah H. Cleveland is the Louis Henkin Professor of Human and Constitutional Rights, and Faculty Co-Director of the Human Rights Institute at Columbia University Law School in New York, where she teaches and writes in the fields of international and comparative human rights, international law, national security, and the law of armed conflict.

From 2009 to 2011, she served as the Counselor on International Law to the Legal Adviser at the U.S. Department of State. A former Rhodes Scholar and law clerk to U.S. Supreme Court Justice Harry Blackmun, she is a graduate of Brown University (A.B.), Oxford University (M.St.) and Yale Law School (J.D.). and has taught at the Harvard, Michigan, and University of Texas law schools; Oxford University, Sciences-Po University Paris, the University Panthéon-Assas (Paris II), the Graduate Institute of International and Development Studies, Geneva, and the European University Institute, Florence.