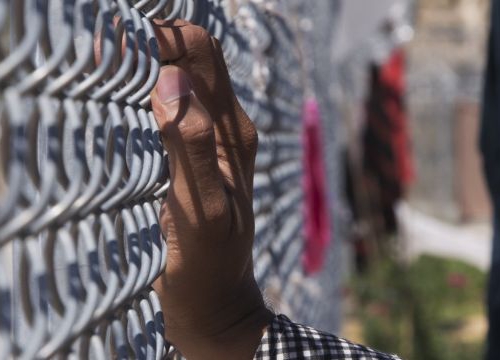 An Overview of the Legal, Policy and Humanitarian Challenges

In late March 2019, the so-called ‘Islamic State in Iraq and Syria’ (ISIS) surrendered its last territorial stronghold of Baghuz in eastern Syria. However, such apparent victory over the group should not make us forget the still-problematic reality on the ground.

In advancing against ISIS on the territory of Syria, the SDF – which was effectively leading the fight on the ground with aerial support of the international coalition – has indeed surrendered more than 12,000 individuals from over 70 nationalities. Attracted by ISIS’ ideology of ultra-radical Islam, these men (the so-called ‘foreign fighters’), women and children travelled to the Middle-East in order to join the group. They are now being held in and around 3 refugee camps – Roj, Ain Issa and al-Hol – in northeast Syria, which are administered by the SDF with the financial support of the United States. According to journalistic reports, the living conditions there are increasingly worrying because of lack of food, water, electricity and medical supplies. The International Committee of the Red Cross has conducted visits and confirmed these gruesome claims.

It goes without saying that the fate of those under SDF's custody and (allegedly) affiliated with ISIS is beyond uncertain. The SDF has indeed repeatedly stated that, without meaningful support from the international community, it has neither the willingness nor the resources to hold them indefinitely – thus insisting that they be repatriated by their countries of nationality. With the notable exceptions of the United States, Russia, France, Kazakhstan and Indonesia, concerned States have so far overwhelmingly categorically refused that their nationals return home due to security concerns. In late May 2019, Sweden formulated the alternative suggestion of establishing, in Jordan, ‘a tribunal or some other legal mechanism’ to prosecute foreign individuals (i.e. neither Syrian nor Iraqi nationals) who fought for ISIS.

Complementary to the closed expert-meeting recently organized with Fight for Humanity, this IHL Talk will address the humanitarian, policy and legal challenges related to the fate of foreign fighters and their relatives (allegedly) affiliated with ISIS and who are currently detained by the SDF in northeast Syria.

Incidentally, Diakonia’s international humanitarian law resource desk in Lebanon is currently working on a legal brief focusing on the legal status of the women and children under the custody of the SDF. The document will soon be available to its partners.

You need to register via this online form to attend this IHL Talk.

About the IHL Talks

This IHL Talk addressed the humanitarian, policy and legal challenges related to the fate of foreign fighters and their relatives (allegedly) affiliated with ISIS and who are currently detained by the SDF in northeast Syria.