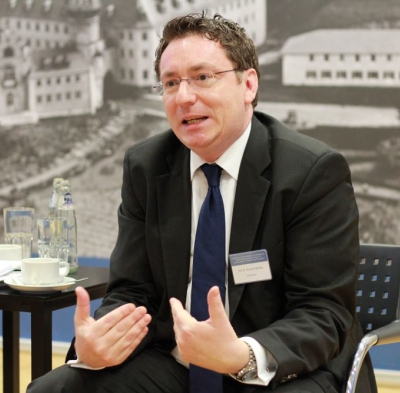 Christoph J. M. Safferling is Professor at Friedrich-Alexander University Erlangen-Nuremberg, where he holds the chair for criminal law, criminal procedure, and international law. He is also one of the vice-presidents of the International Nuremberg Principles Academy, a member of the International Academic Commission at the German Federal Ministry of Justice for Critical Study of the National Socialist Past, and co-editor of the German Law Journal and the Revista Internationale di Dritto Penale.

His main fields of research are international criminal procedural law, the mental elements of the crime, and the history of international criminal law. He edited the German translation of Whitney Harris’ Tyranny on Trial into German (‘Tyrannen vor Gericht’, Berlin: BWV 2009) and is the co-author of the study ‘The Rosenburg File. The Federal Ministry of Justice and the Nazi-Past’ (‘Die Akte Rosenburg. Das Bundesministerium der Justiz und die NS-Zeit’, München: C.H. Beck 2016)

From 2006 to 2015, he was professor for criminal law, criminal procedure, international criminal law and public international law at the Philipps-University of Marburg, and the Director of the International Research and Documentation Center for War Crimes Trials. He is the Whitney R. Harris International Law Fellow of the Jackson Center, Jamestown, N.Y.

Christoph J.M. Safferling studied Law in Munich and London. He received his doctoral degree at the University of Munich in 1999, and passed the bar exam in 2000.